Mission
The mission of Aging Well in Waldo County is to mobilize our communities to identify and address the needs of our aging friends and neighbors, striving for inclusive, supportive and safe communities for all.

The group that became AWWC began meeting in June 2016 out of concerns in Belfast about our aging population and a desire to improve community life for them. Meetings were initiated, and invitations made to interested people and organizations by the then City of Belfast public health nurse, Samantha Paradis, who later became mayor! The early group contained only one individual from outside Belfast. Through preliminary conversations, however, the group realized that older people faced common problems across WC and decided these needed to be addressed at a county level.

This decision immediately posed organizational challenges. Many WC towns are too small to provide volunteers or other resources to an organization serving the entire county. Without a representational structure, however, how could a group be organized that wouldn’t end up burdening just a few people and spreading itself too thin?

From 2016-2017, the founding group began developing a Board of Directors, working to create and adopt a charter, and drawing up an organizational plan to move forward.

Aging Well in Waldo County is currently in the implementation stage. Areas of focus include communication, developing partnerships to tackle the challenge of social isolation, and transportation.

How is your age-friendly initiative structured?

AWWC is governed by an elected Board of Directors for two-year terms.  They meet monthly and have an annual meeting event each October. AWWC became a 501c3 in May 2019.

Describe any partnerships you have developed?

In creating this organization, AWWC has sought to include constituent members that share similar or complementary goals.

To date, the organizations represented include:

Additional partners include all of the town libraries in Waldo County.

What is the role of volunteers?

AWWC is an all-volunteer effort. Volunteers do everything from administrative tasks to organizing events and developing new programs.

Strategies that have contributed to your success? Barriers you have encountered?

Aging Well in Waldo County has struggled to maintain volunteers from the older age groups, who encounter new or ongoing health challenges for themselves or loved ones. We have given talks at many kinds of community events, and had tables at a wide variety of community events, and placed pieces in local newspapers of our needs. Our younger, employed Board members have been steady and consistent from our partners. This challenge is ongoing.

One of or better successes has been to engage the community librarians. Our grant monies have helped them. They have placed signs in some of their libraries about AWWC and the work which benefitted them.

A small grant from the Maine Community Foundation included some funds for combatting social isolation. AWWC proposed to our rural and poorly funded libraries to enhance senior programming, and if there were costs, we would cover those costs between $150-300. Six libraries responded. As a result, 6 programs are running during daytime for seniors that did not previously exist.

Types of funding that your initiative has received

In 2019, we were awarded an AARP Challenge Grant to create more vibrant spaces in two libraries--Searsmont and Liberty:

AWWC also received a grant from the Maine Community Foundation. Both grants were used to support town libraries in Waldo County that are developing programs and services to increase opportunities for older residents to make social connections.

In 2020, we will be using grant funds awarded to us through the Maine Community Foundation's Maine Chairty Fund to develop a volunteer transportation program.

AWWC will launch “Gift of a Lift” in April 2020. Using two geographical areas – Belfast and Liberty/Montville, volunteer drivers who have been vetted and trained will offer rides to seniors who register for the program (and are also vetted). The program expects to expand to at least one other area by the end of 2020. A part-time administrative assistant will help manage the program.

Aging Well in Waldo County developed a "Help for Homeowners" handout with information on:

Aging Well in Waldo County wrote and article with information on the website about home-sharing.

An Outreach Committee is attempting to meet with selectboards in the rural communities to discuss joining the “Age-Friendly Network” and offering help to those Board with the paperwork associated. The resulting grant should stimulate something new in the community to assist senior citizens.

Aging Well in Waldo County has developed a Resource Guide (updated in 2019), which is on our website.

Two thousand complimentary copies of the updated resource guide were printed by J. Black Printing on Rt. 1, in Belfast.

Copies are disseminated in all holiday baskets that are given to older residents by Waldo CAP (over 1000 copies).

Additional hard copies are delivered to each of the 26 town offices in Waldo County and to medical offices, the Hutchison center, VOA subsidized housing units for older people, Penobscot Shores, YMCA, etc.

Social Programming in the Communities of Waldo County

In Liberty, Maine AWWC sponsored a luncheon for older residents in the area that was help in a local diner.

Background: In 2019, AWWC began meeting with library leaders county-wide to have conversations about the role of libraries in alleviating social isolation for seniors. With a little grant money, libraries were invited to propose something that could be started or expanded that would invite senior citizens into the library. The following ideas were generated and implemented for little or no cost.

AWWC recently had a presentation from the Board president of the Belfast Soup Kitchen, which at the time of this writing (12/2019) is amidst the building and opening of a dedicated building on Route 3, designed to serve 90 people at one sitting. We will be exploring partnerships with the Belfast Soup Kitchen.  Patrons may become riders for “Gift for a Lift.”

**The videos were produced by Belfast Community Media

TRIAD also developed a series of Fraud squad videos, which were produced by Belfast Community Media.

Accessibility has also been a focus of Aging Well in Waldo County's work with the area libraries.

AWWC volunteers communicate through email distribution lists. In January 2020, AWWC is launching a quarterly digital newsletter. Columns in the newsletter will include: News from the Sheriff’s office, especially about scams; news from the County Commissioners and Waldo County issues; An Update on AWWC activities; a Column from the medical doctor on our Board with a topic important to older adults; a column from the local CDC rep with information that need to be disseminated; a feature that will highlight a person or program in the county; a recipe column for a healthy recipe. 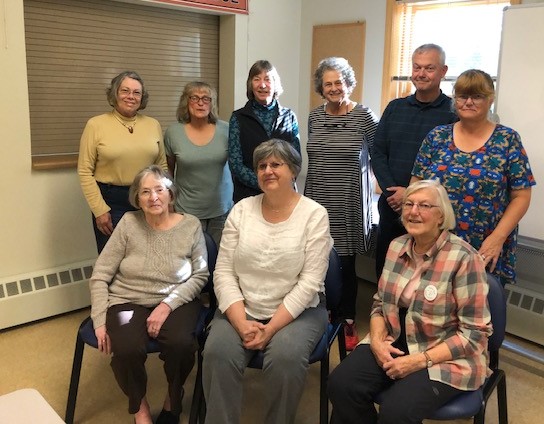 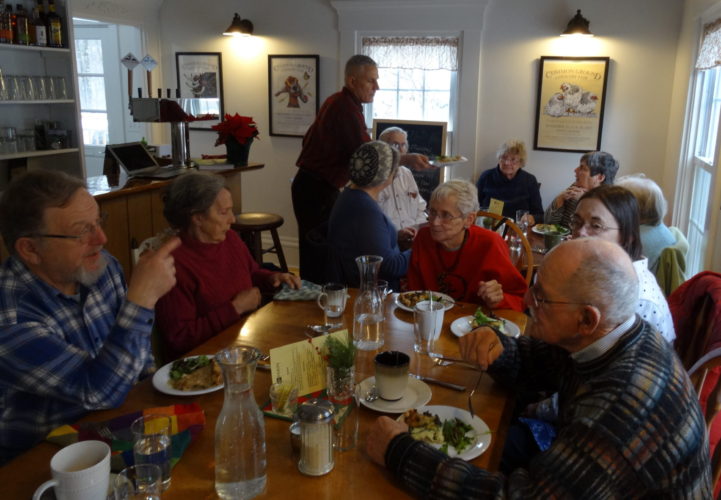 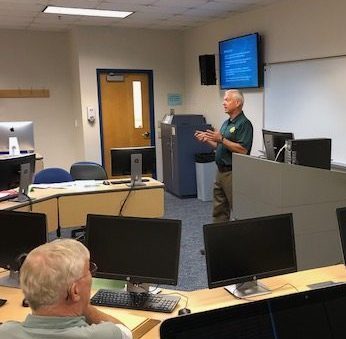 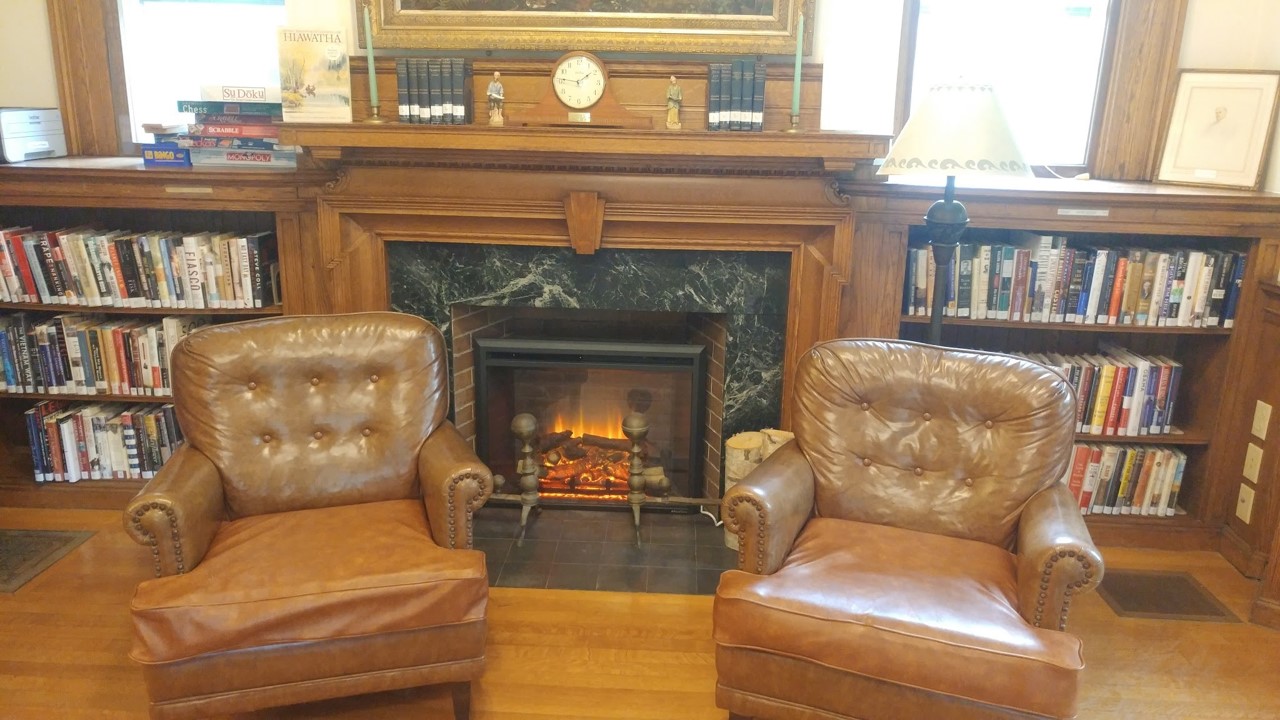 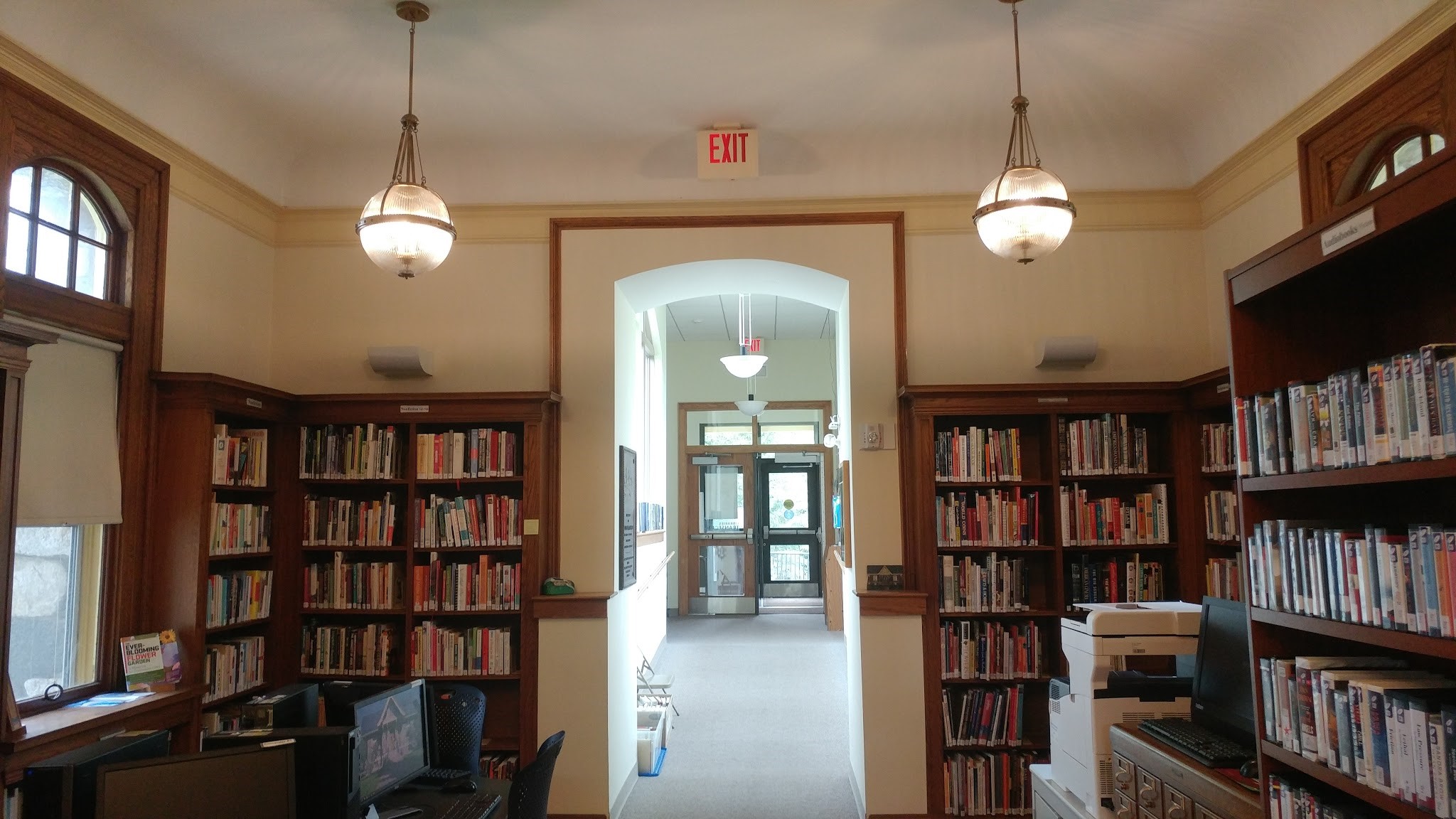 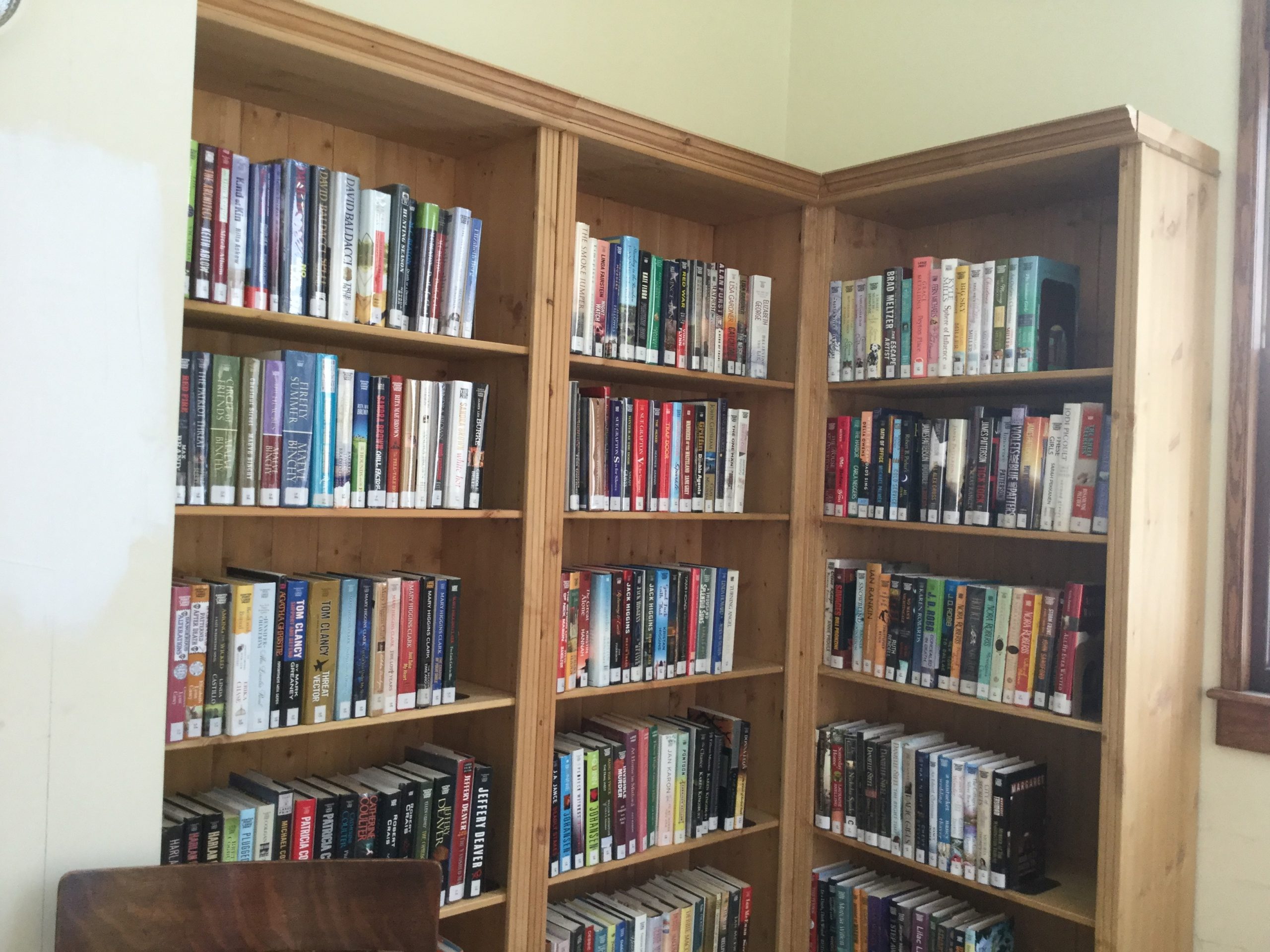 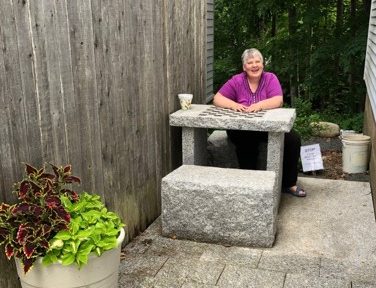 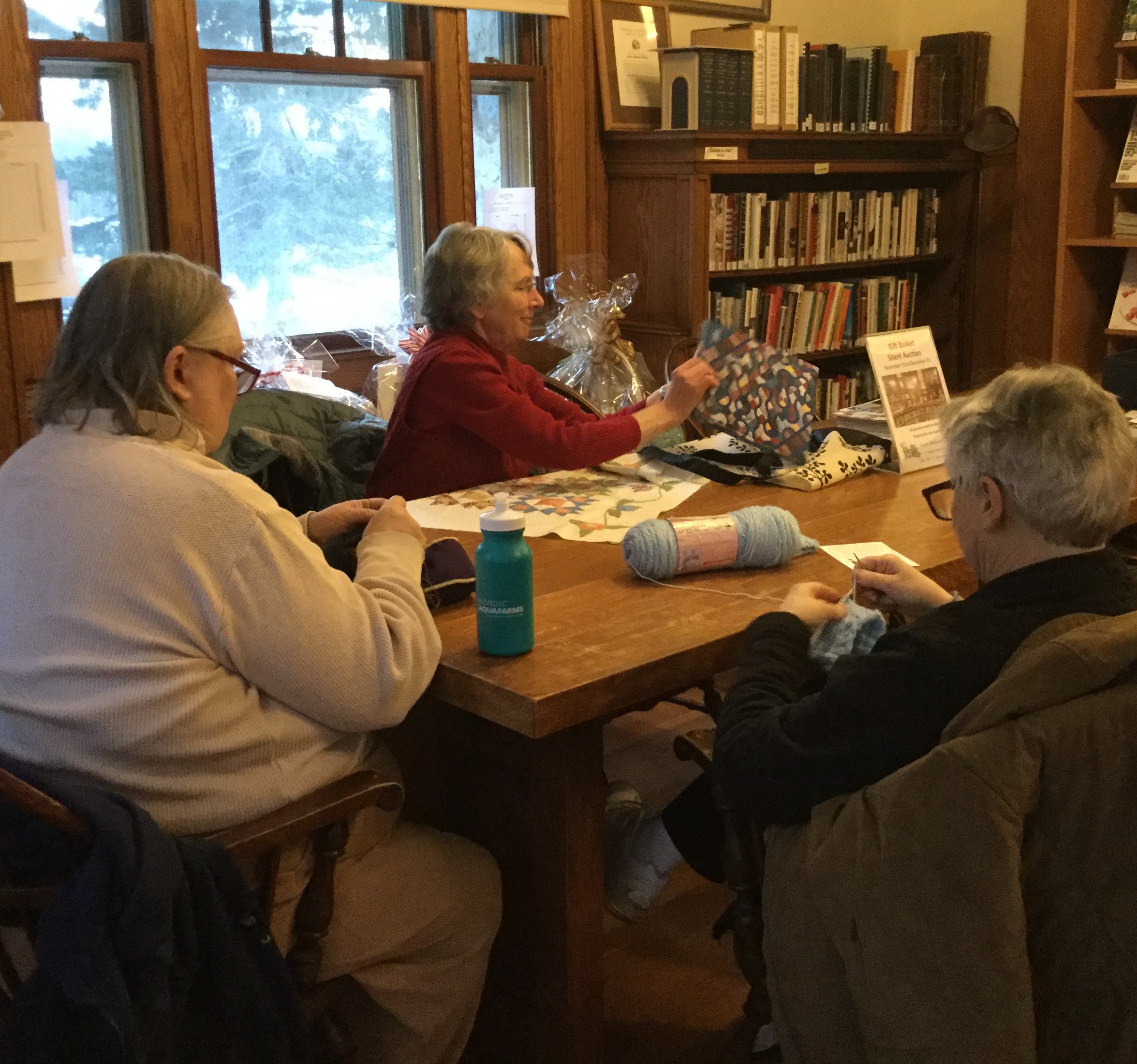 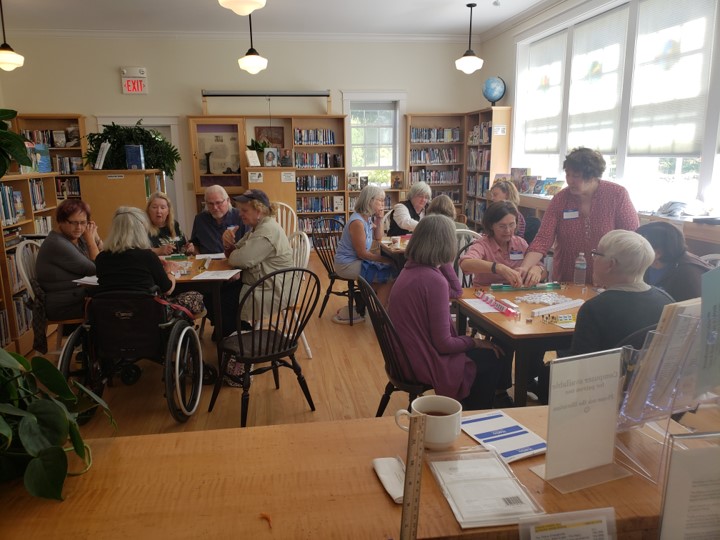